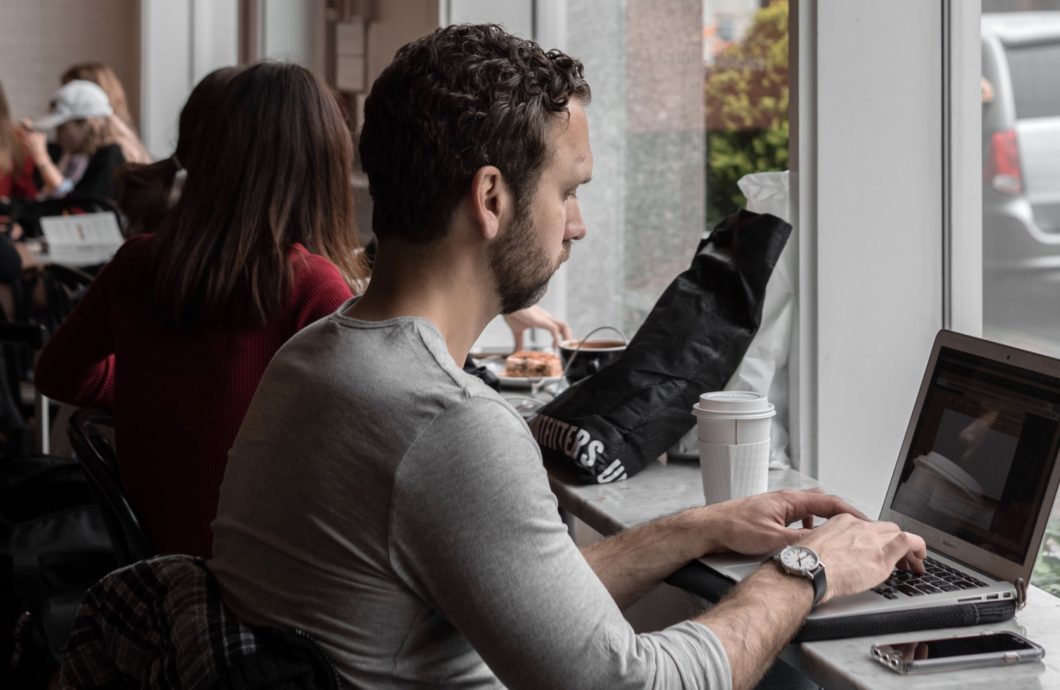 Writers in Tokyo who need an antidote to procrastination can now enjoy a coffee under pressure at Tokyo’s ‘Manuscript Writing’ café.

out of the question: not permitted

docking port: a place to plug in your devices

to slouch: to sit in a curved position

to nod off: to start falling asleep

to dismiss sth: to say that sth is not important

to drown out: to hide a noise with a louder noise

to draw on sth: to use sth as a resource (i.e. for inspiration)

The café opened in April in the city’s Koenji neighbourhood as a space for writers, editors, video producers and manga artists—anyone struggling with the distractions of the home or office.

Committing to a specific writing goal is a condition of admission, as is an understanding that leaving before you have completed the task is out of the question!

The café charges 150 Japanese yen (€1.04) for the first 30 minutes and then 300 an hour after that. Although a few people have stayed past the official closing time, they have all eventually finished their work, says owner Takuya Kawai.

Customers must write down their name, writing goals and the time they plan to finish. They can also request for Kawai to periodically quiz them about their progress. Those who ask for the “mild” option will simply be asked how they got on when they pay at the end of the session; others in need of a heavier dose of discipline can expect him to occasionally stand behind them.

The mild-mannered 52-year-old man, who is a technical writer when he is not pushing his customers to get their work done, dismissed concerns among some social media users that his tactics were heavy-handed.

“Instead of monitoring them, I’m here to support them,” he said. “As a result, what they thought would take a day is actually completed in three hours, or tasks that usually take three hours get done in one.”

Kawai believes the café’s location on the corner of a busy street is ideal for creatives in need of inspiration. “After we opened, I played jazz to drown out the sound of people tapping their keyboards. However, the noise from the traffic and people outside is at just the right level. You don’t want the absolute silence of a library or home. Here people can draw on the energy of the neighbourhood.”

After initial doubts about whether the concept would work in a city packed with themed cafés, he has been taken aback by the response. “People were pleased when they told me they had met their upcoming deadline or word count for the day. And that made me happy too.”