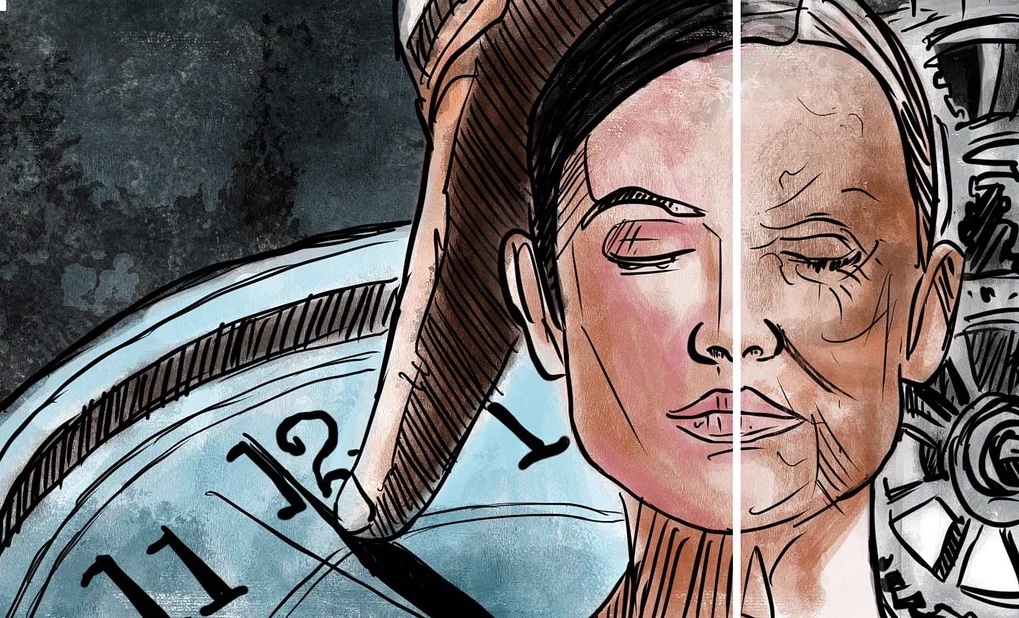 UK research could lead to development of techniques that will stave off diseases of old age.

stave off: to avert or delay something bad or dangerous

concoction: a mixture of various ingredients or elements

tissues: any of the distinct types of material of which animals or plants are made, consisting of specialised cells and their products

halt: to bring or come to an abrupt stop

heal: to cause (a wound, injury, or person) to become sound or healthy again

back: to give financial, material, or moral support

People could eventually be able to turn the clock back on the cell-ageing process by 30 years, according to researchers who have developed a technique for reprogramming skin cells to behave as if they are much younger.

Research from a life sciences research organisation in Cambridge could lead to the development of techniques that will stave off the diseases of old age by restoring the function of older cells and reducing their biological age.

In experiments simulating a skin wound, older cells were exposed to a concoction of chemicals that “reprogrammed” them to behave more like youthful cells and removed age-related changes.

This has been previously achieved, but the new work was completed in a much shorter time frame—13 days compared with 50—and made the cells even younger.

The new method is based on the Nobel prize-winning technique scientists use, which is inspired by how old cells from parents are turned into the youthful tissues of a newborn to make stem cells. These are a kind of biological “blank slate”, without the markers of ageing.

This research, carried out by the Babraham Institute, represents a step forward because this technique does not completely erase the original cell. Instead, the reprogramming process is halted part way, enabling researchers to find a balance between making cells biologically younger while preserving their specialised cell function.

The experiment showed promising signs that the rejuvenated cells would be better at healing wounds. The reprogrammed cells produced more collagen proteins, which help heal wounds, compared with cells that did not undergo the reprogramming process.

The researchers also observed that their method had an encouraging effect on other genes linked to age-related diseases and symptoms. These included the APBA2 gene, which is associated with Alzheimer’s disease, and the MAF gene, which has a role in the development of cataracts.

However, the researchers said the mechanism behind the reprogramming was not yet fully understood, since it could cause cancer, and must be further explored before the findings could be applied to regenerative medicine.

How to reverse the ageing process is a scientific question that has attracted enormous attention and huge investment in recent years. Several of the researchers who worked on the Babraham Institute experiment have since left to join Altos Labs, a £2.2bn Silicon Valley billionaire-backed startup, which has signed numerous Nobel laureates to work on rejuvenating human cells in an attempt to prevent the diseases of old age that result in death.