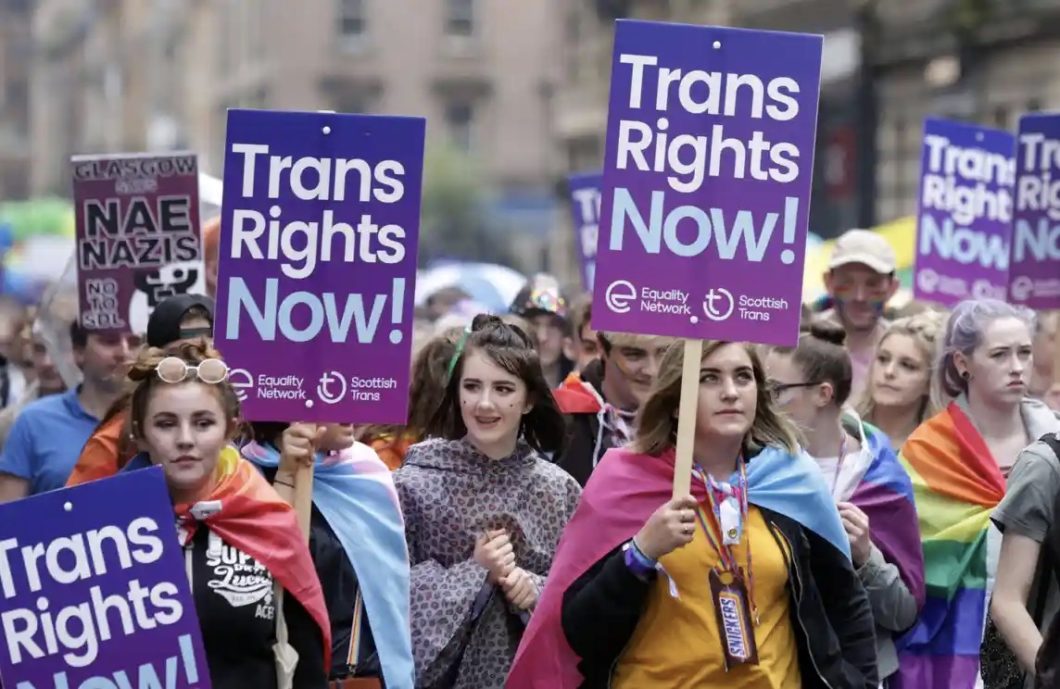 bill: a set of proposals debated in a parliament, which if a majority vote in favour of, becomes a law

applicant: a person who makes an official application for something

to warn: to give notice, advice, or intimation to (a person, group, etc.) of danger, impending evil, possible harm, or anything else unfavourable

blatantly: very obviously and noticeably in a bad way

to whip up: to excite; arouse eg people

homelessness: having no home or permanent place of residence

bullying: the act of bothering and/or hurting a smaller or weaker person

Scotland’s parliament has passed a bill that lowers the age for recognising transgender people from 18 to 16 and scraps a medical certification requirement.

The new law would allow anyone aged 18 or older to apply for a Gender Recognition Certificate without a medical certification if they have lived in their declared gender for three months, or six months if they are 16-18 years old.

Previously, applicants had to have identified as their chosen gender for two years minimum and would be given a three-month “reflection period” during which to reconsider their decision.

The new law was passed by 86 votes, with 39 votes against. Scotland is the first United Kingdom region to approve such a law, which already exists in countries such as Denmark, Argentina and Ireland. A similar bill was passed in the Spanish parliament with 188 votes in favour and 150 against.

Although Scotland has its own parliament and has democratically passed the new law, the Conservative UK Prime Minister, Rishi Sunak, has announced he will block the decision.

Nicola Sturgeon, the Scottish first minister, has warned the UK government against blocking gender legislation passed by the Scottish parliament, accusing ministers of “using trans people as a political weapon”.

Unfortunately, as in Spain, LGBTQ+phobia is being consciously and blatantly whipped up by the far-right in the so-called ‘culture wars’.

The right to self-identify is important, but it will not, in itself, solve the issues many trans people face. For example, trans people are discriminated against in the workplace. In the UK one in three employers said in a recent survey that they wouldn’t knowingly hire a trans person. Impact on job opportunities is linked with higher levels of poverty, as trans people may be forced into lower-paid jobs or face unemployment as a result.

This, along with transphobic family experiences, means that one in four trans people face homelessness at some point in their life. The majority of trans people report they experience bullying in education, both as students and as staff.

So, although the new laws passed in Scotland and Spain are a big step forward for trans people, there is still a long way to go to achieve total equality.