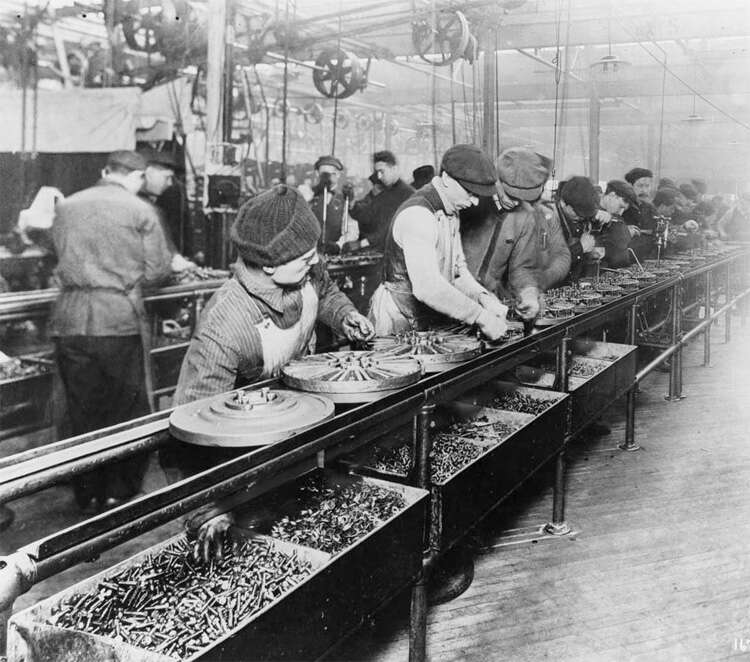 dealership: a place where cars are sold

no less: emphasises the importance of sb or sth

portrait: a vertical painting of sb

to bestow: to give an honour or present

to be convicted: to be found guilty of a

perish: to die or be destroyed

englishcoachingprojects · The Hatred of Henry Ford

The hatred of Henry Ford

Henry Ford wasn’t just an incredibly successful entrepreneur and industrialist. He was a virulent racist and antisemite. He not only believed and spread hateful rhetoric about black people and Jews; he even bought a newspaper which he used over the course of several years to promote the Protocols of the Elders of Zion, a fabricated text blaming the Jews for perpetrating a myriad of evils around the globe.

Ford was able to promote his hatred not only in Dearborn, but throughout every Ford dealership around the country. Due to his status and popularity, his antisemitism permeated American culture as a whole.

Moreover, Ford’s venom had chilling, deadly real-world consequences. He served as a role model to no less than Adolph Hitler, who mentioned Ford favourably in his Mein Kampf, kept a life-sized portrait of Ford in his office in Munich and considered Ford an “inspiration.”

In 1938, as the Nazis were preparing to unleash their armies on Europe, which ultimately killed tens of millions of souls, the Nazi regime awarded Henry Ford with the Grand Cross of the German Eagle, the highest honour it could bestow upon a non-German. Testifying at the Nuremberg trials after World War II, convicted Hitler Youth leader Baldur von Schirach who, in his role as military governor of Vienna, deported 65,000 Jews to camps in Poland, stated: “The decisive antisemitic book I was reading and the book that influenced my comrades was […] that book by Henry Ford, The International Jew. I read it and became antisemitic. The book made a great influence on myself and my friends because we saw in Henry Ford the representative of success and also the representative of a progressive social policy.”

There’s no way to know how many Jews, gay people and other civilians perished at the hands of the Nazi regime as a result of Henry Ford’s hatred, but a number in the tens of thousands — if not the hundreds of thousands — would be a conservative estimate.

If modern society is indeed committed to combatting racism in all forms, that commitment must apply to antisemitism as well. Telling the true, full history of Henry Ford is an important step.