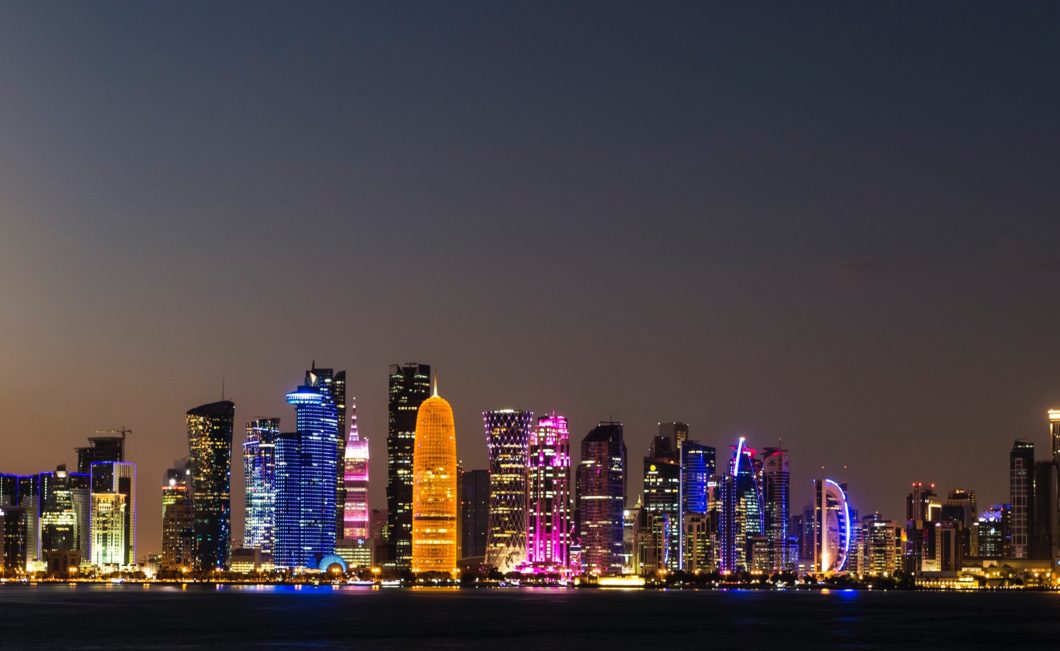 unprecedented: never done or known before

kit: the clothes used for an activity such as a sport

to unveil s.t.: to announce s.t. publicly for the first time

host(s): a person, place or organisation that holds an event to which other people are invited

to be rife: something (bad) that is quite common

shift: one of two or more recurring periods in which different workers do the same job

to claim (context): to say that something is true (perhaps without evidence)

hesitation: the action of pausing before doing s.t.

There are now less than 40 days to the World Cup in Qatar, which promoters have taken to describing as a tournament “like no other”. For once the hype is justified, and not only because the matches will be played during the lead-up to Christmas rather than in summer. The decision to stage the planet’s biggest sporting event in a country with a notoriously poor human rights record is provoking unprecedented discomfort among competing nations.

Last week, in conjunction with the kit manufacturer Hummel, the Danish football federation unveiled a plain all-black third kit for the tournament. It was designed, said Hummel, in memory of the many migrant workers who died during construction work in the years leading up to the finals. The captains of some European teams aim to wear rainbow “One Love” armbands, symbolising opposition to discrimination in a country where homosexual acts are illegal.

High-profile gestures by companies such as Hummel are far better than nothing at all. But time is running out for the kind of action that could leave a lasting positive legacy from a World Cup that should never have been awarded to these hosts. Football is a global game and a tournament in the Middle East is desirable in principle, but this is not the way.

Qatari authorities claim they have responded to pressure to reform brutally exploitative conditions for migrant workers. Attempts have been made to compensate for unpaid wages and introduce minimum pay. But the latest in a series of investigations, published last month, found that, despite initiatives and reassurances, abusive practices were still rife on the ground. Migrant workers at the Al Bayt stadium had been obliged to pay huge illegal recruitment fees and lived for months in unfit, overcrowded accommodation, earning €1 an hour. Elsewhere, labourers spoke of 12-hour shifts, six days a week, without proper overtime pay. A climate of fear inhibited many from speaking out about conditions. Migrant workers who have returned home ahead of the World Cup say they were sent back before finishing their contracts or without receiving all they claim they were owed.

A recent poll, commissioned by Amnesty International, found huge support for a compensation fund for migrant workers who have been mistreated, and for the relatives of those who have died. Amnesty, along with other human rights groups, are campaigning for Fifa, world football’s governing body, to set up such a fund. The amount proposed is $440m – equivalent to World Cup prize money on offer. After prolonged hesitation, the English FA has now backed the principle of a fund, as have high-profile figures in football such as the Dutch national team manager, Louis van Gaal, and the Brazil coach, Tite. Fifa has said it is thinking about it. It’s time to stop thinking and act.

Adapted from this article by ECP coach Kez Kurien

1. Do you like football/sport? Why (not)?
2. How can we prevent countries with bad human rights records hosting (holding/having) world events?
3. Do you think that wearing a rainbow armband will change a nations discrimination against homosexuality? How? / Why (not)?
4. How would you feel if you earned €1 an hour at your workplace?
5. What do you think about proposals to work 4 days a week on 100% salary? Talk about the pros & cons.
6. Do you work to live or live to work?Discuss.